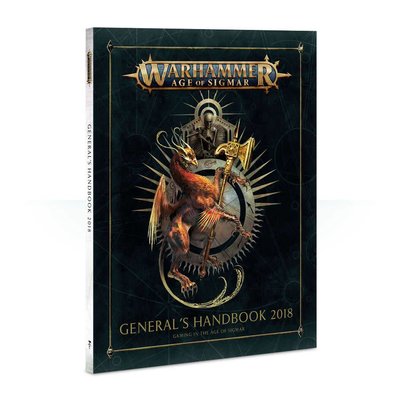 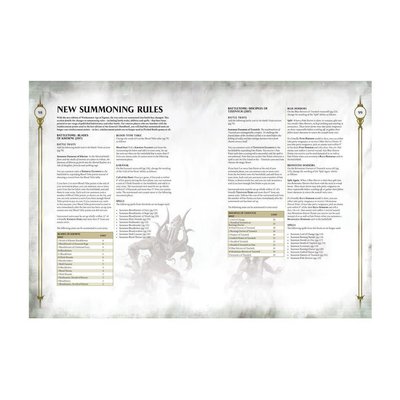 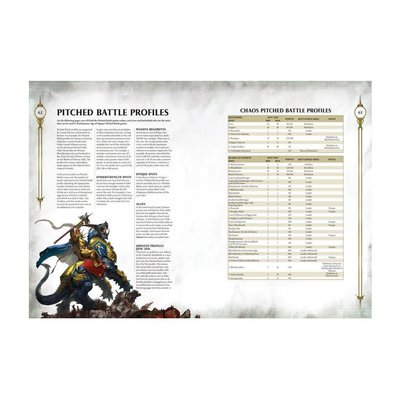 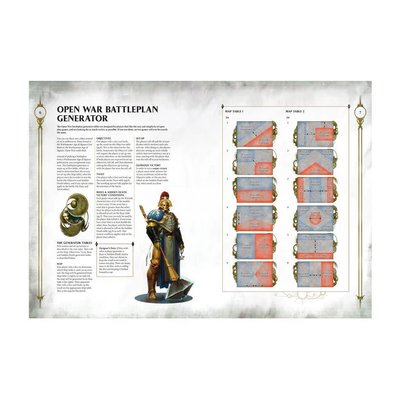 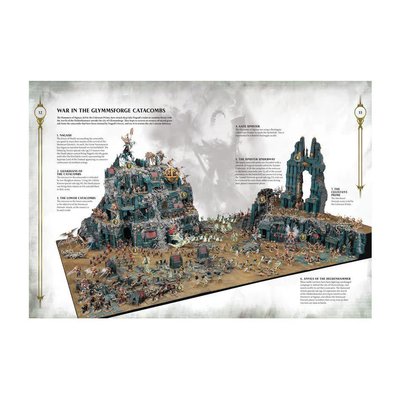 Each of these gives you, the player, massive flexibility and choice in the way games are played – they’re designed to make you and your friends masters of your own gaming tables. The different rules have massive scope for overlap; for example if you want to use the multiplayer rules for a tournament, or Matched Play rules for a narrative campaign, you’re totally free to do so.

The General’s Handbook features a Battleplan Generator – 5 tables determining how the armies are set up what they must do to win and the obstacles in their way featuring maps, objectives, twists, ruses and sudden death conditions which slot together to create exciting Battleplans – no 2 games ever need be the same.

Rules are also included for aerial battles: in Overhead Aerial Battles, you effectively have 2 battlefields, 1 on the ground and 1 in the sky, whereas in Stratospheric Aerial Battles only the sky is represented – perfect for player with large collections of flying models. An example Battleplan is provided for each, with objective and twist tables helping you generate your own;

The stories from the Mortal Realms are an important part of Warhammer Age of Sigmar – your collection of miniatures is made even more special by the rich history and thrilling tales told about them in various publications, making the hobby of collecting them an even more exciting venture. Narrative Play gives you a way to recreate the epic battles that have taken place in the Mortal Realms.

This section of the book contains 43 Special Rules for Narrative Play games – these are all evocative of situations and surprises that a leader might find himself dealing with in times of war, and can be applied to either or both players – these are great for adding balance, should it be needed.

A section is dedicated to Historical Battles – this guides the player through setting up and playing a battle according to legends and tales from Games Workshop publications, with 2 example stories and annotated gaming table setups showing you how these wars were fought.

As well as these, you’ll find Gathering of Might – this is a set of simple modifications to the Warhammer Age of Sigmar core rules which streamline them, allowing for staggeringly huge battles featuring hundreds of models on either side. 2 Battleplans are included, with Legendary Traits, Gifts of the Gods, Artefacts, and Spells for each of the four Grand Alliances.

Some hobbyists prefer to test their mettle in an equally-matched battle of strategy and wits, in which no advantage is conferred simply by selecting the biggest and baddest miniature in your figure case. Matched Play is the perfect solution – this provides points values for the units available in the Warhammer Age of Sigmar range, allowing you and your opponent to size each other up, decide on a points limit, deploy your armies and go to war on an equal footing.

An updated list of points values for every miniature in the range is included, with the profiles printed in this book superceding any printed previously.

This section is dedicated to bringing your gaming table to life, offering optional enhancements based on the layout of scenery, allowing you to augment the battlefield with arcane constructs and ancient edifices.

Updated Allegiance Abilities – with battle traits, command traits and artefacts of power – allow your armies to act and fight in a way that closely fits the stories you’ve read in Battletomes and other publications – these are included for Darkling Covens, Dispossessed, Free Peoples, Fyreslayers, Seraphon, Wanderers, Brayherd, Slaanesh, Slaves to Darkness, Skaven Pestilens, Skaven Skryre, Flesh-eater Courts, and Ironjawz, with new Warscroll Battalions for the following factions: Fyreslayers, Seraphon, and Ironjawz. 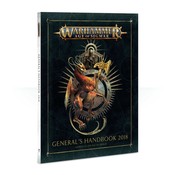